5 Mistakes To Avoid When Writing Collaboratively

It is rare to find a Hollywood blockbuster or indie film that was penned by an isolated individual working away in self-imposed solitary confinement, armed with only a laptop and an endless supply of coffee and cigarettes. This highly romanticised image of the writer is a far cry from the highly competitive and politicised world of television and filmmaking, where who you know and work with is oftentimes more important than how great your concept is.

Whereas film producers are notorious for hiring writers to rewrite other writers, in their defence, there is some creditable logic behind the practice. When it comes to writing, in many cases two minds are better than one. While this may not necessarily be true for all scripts, it does apply to a good number of scripts that do eventually get produced. Which is why it’s a good idea for the lone scriptwriter to at least take a stab at collaborating on their next feature script.

I can hear the groans already.

I’ve met several writers who cringe at the thought of their “pet project’ being twisted, contorted and otherwise diluted by the machinations of writing partners. Having worked on four spec feature script collaborations, I fully understand where they are coming from. After reflecting on my own experiences – both painful and pleasant – over the past years, I have identified five pitfalls that can potentially destroy a fruitful collaboration.

Avoid these five mistakes, and you will have already achieved a lot in the way of writing a script that all parties will be happy with (a tremendous feat in and of itself, I assure you).

Mistake Number 1: Not establishing a pecking order early on

Writers are artists. That means they are free-spirited, highly independent individuals who do not like being told what to do. This is precisely why it’s vital to establish right from the start who is calling the shots (or scenes for that matter). I have seen countless collaborations fall apart because of a failure to do this. The person who initiated the collaboration (let’s call them “the initiator’) feels they ought to call the shots, but don’t state it explicitly. When their partner starts expressing their opinions strongly, the initiator begins acting strangely and withdrawn, and eventually calls it quits on the collaboration because it’s not working out as they envisioned. To avoid this, establish right from the start who is in charge. If there is a creative disagreement, who will have the final say? Where will the buck stop? Not everything can be discussed until consensus is reached and everyone is happy. No script would ever get finished if that were the case. Often times, one writer has to defer to the judgment of another writer or producer. It’s just the way collaboration works.

Mistake Number 2: Not agreeing on a “vision’

Most people associate the word “vision’ with the director. It’s some kind of dazzling gem of never-fading inspiration that illumines their mind and radiates through to the rest of the team, if the director is good at what they do.

But writers also have a vision. It’s the only way they can push through from page zero to page last without shooting themselves half way. It’s probably not as fully formed or defined as the director’s, but it is still there. It usually has less to do with the visuals and more to do with the emotional quality of the story, the feeling that the reader is to be left with then they get to the words “The End’. The bricks and mortar behind this vision normally have to do with the main and supporting character arcs, and the key plot points and most importantly, the climax of the story.

It’s essential to agree with your writing partner about these elements: who is the protagonist and the antagonist, and what are their story arcs? Who are the supporting characters, and how do they grow? What are the essential backstories that need exploring and exposition within the script? Some writers would also include the theme or controlling idea in this list. In my experience, the theme of your script is something that is not easily bedded down in the early stages of the writing. It’s something that is more to be discovered with subsequent drafts, than to be dictated right at the start. So at the beginning of the collaboration, keep thematic discussions loose and open, but bed down your characters and their arcs.

Mistake Number 3: Not knowing who is doing what

For newbies, this issue oftentimes proves quite thorny and could deal a deathblow to collaboration. In spec scenarios, where people are working for nothing, in between their other jobs, it does often happen that one party in the collaboration feels that the other is simply not pulling their weight. This is where defining job responsibilities becomes crucial. There are many ways to split up the task of feature scriptwriting, and none is necessarily better than the other. It all depends of the specific writers’ areas of strengths, and how they complement one another. I have seen arrangements where one writer works on the outline (thereby receiving a “Story By’ credit) and another works on the screenplay. In other scenarios, different writers work on different sub-plots. Sometimes one writer focuses on dialogue, while another focuses on action. Alternatively, one could have a first writer handling an initial draft, and subsequent writers working on the rewrites. The combinations are endless. Only make sure you agree on what combination you will use before the relationship gets strained. 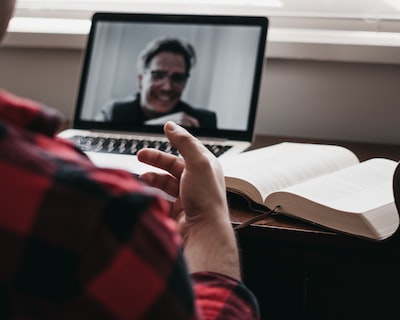 There are countless ways in which two writers working apart from each other can communicate: Skype calls, emails, phone calls, etc. Nothing, however, replaces the face-to-face meeting in terms of the effectiveness of communication and coming at a shared understanding. Where possible, writers who are collaborating should meet as often as possible to discuss the story and the working strategy in as much detail as possible. This is of the utmost importance in the early stages of the collaboration. Later on, once the plot and the characters have been bedded down, frequent meetings may start exhibiting the law of diminishing returns.

Of course, the key challenge to having frequent meetings at the outset of a spec script collaboration is lack of funds. It’s difficult to budget time for an activity that has no immediate financial compensation. That said, a spec script collaboration is a labour of love. All parties need to understand and commit to this from the start. So if you notice that meetings and other forms of communication with your partner are proving problematic, end the collaboration as soon as possible and save yourself some pain and difficult intellectual property negotiations further down the line.

Writers procrastinate. That’s why we need deadlines. The same rule applies to a spec script collaboration – doubly so because there is no financial incentive at the outset. So the initiator needs to set deadlines every step of the way, and hold his partner accountable to it. And vice versa. If one party to the collaboration makes a habit of not keeping to the deadlines, end the collaboration. Chances are that you won’t get the script finished anyway. So end the collaboration and keep looking for someone who has the work ethic and professionalism to keep deadlines. These are the essentials of a good writer, and this is what you are looking for in a writing partner. So do not short change yourself in this regard, but be very demanding on yourself and on your partner.

In conclusion, feature script collaboration need not be a painful, tedious and frustrating experience. If you avoid these five mistakes, your collaboration could result not only in a top-quality produce-able script but also in a lifelong working friendship with your writing partner.

So overcome your fear of collaboration. Find your writing partner and get writing.

This site uses Akismet to reduce spam. Learn how your comment data is processed.